The German physicist Wilhelm Röntgen, who first discovered the X-ray, used the symbol ‘X‘ because he couldn‘t understand and define it. The x-ray influenced many artists in the 19th century and gave them a way to express their ideas. This means that, like X-ray penetrate objects, we also project to be a designer who projects values, breaks the wall of ordinary, and expresses our truth. 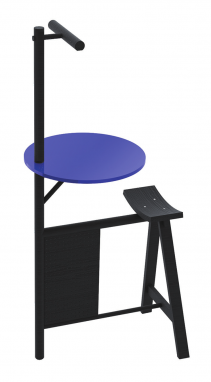